Skip to Main Content
It looks like you're using Internet Explorer 11 or older. This website works best with modern browsers such as the latest versions of Chrome, Firefox, Safari, and Edge. If you continue with this browser, you may see unexpected results.

A showcase of digital projects and research at SMC 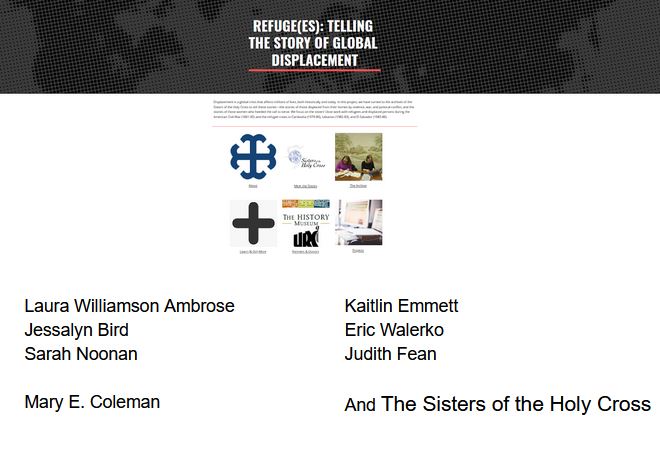 Displacement is a global crisis that affects millions of lives, both historically and today. In this project, we have turned to the archives of the Sisters of the Holy Cross to tell these stories—the stories of those displaced from their homes by violence, war, and political conflict, and the stories of those women who heeded the call to serve. We focus on the sisters’ close work with refugees and displaced persons during the American Civil War (1861-65) and the refugee crises in Cambodia (1979-80), Lebanon (1982-83), and El Salvador (1983-86). 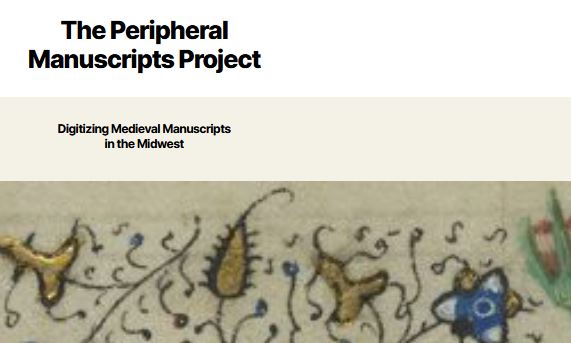 Digitizing Medieval Manuscripts in the Midwest

This three-year project, hosted at Indiana University Bloomington, will digitize and create item-level metadata for 78 codices and 406 medieval manuscript fragments from twenty-two primarily non-R1 Midwestern institutions. The Indiana University Libraries will scan or photograph holdings, and researchers at IU Bloomington, Loyola University Chicago, and Saint Mary’s College will create metadata for these objects, including many items unrecorded in previous bibliographical surveys. Resulting item descriptions and high-resolution, IIIF-compliant images will be made freely available through Indiana University.

Tucked away in a box within the Archives of the Sisters of the Holy Cross in Bertrand Hall on the campus of Saint Mary's College, there rests an unassuming book.  Inside this volume, in early 1980, a group of eight Cambodian refugees documented their experiences during the time when the Khmer Rouge was in power.

Transgender in the Heartland

This IRB-approved oral history project provides knowledge about the lived experiences of 20 transgender people and LGBTQ allies who are neither born on nor flock to the coasts but instead remain in their hometowns in mid America. The project reveals the challenges of living as transgender in middle America in addition to the agency, resilience and strength of transgender people who find community in ingenious ways, from a veteran support group to a Mennonite church to roller derby to drag king communities. 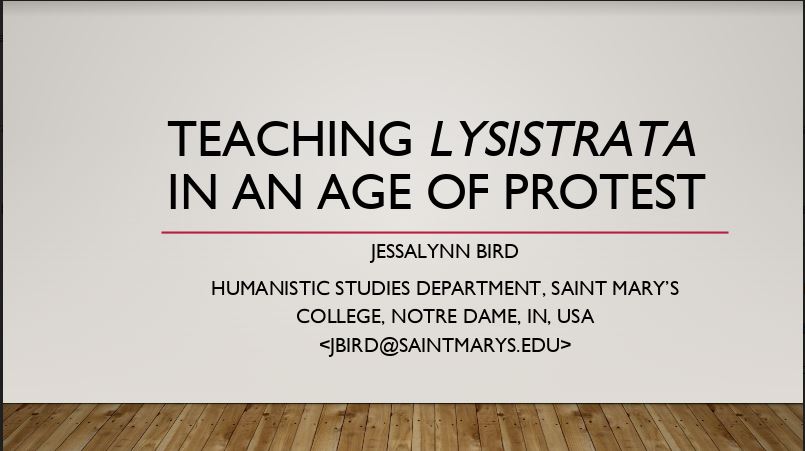 Teaching Lysistrata in an Age of Protest: an Open Educational Resource (OER)

A disenfranchised group intervenes to stop a war by striking and protest. In Aristophanes's play, this group was women, who used their religious and domestic roles, a sex-strike, and protests to bring opposing sides to the bargaining table. A timely play for considering the influence of protest in creating political and social change. Excellent companion pieces would include news coverage of sex-strikes around the world and of #MeToo and #BlackLivesMatter, and Spike Lee's film, Chiraq.

Saint Mary's College is a member of the Indiana Digital Humanities Initiative.

The Indiana Digital Humanities Initiative (INDHI) promotes scholarship from across the state that applies digital technologies to humanities questions.  It serves as a network to connect Digital Humanities (DH) practitioners from libraries, colleges, and universities around Indiana and a resource for those interested in pursuing digitally based research and teaching in the humanities.  We are particularly interested in fostering collaborations between institutions and across disciplines.  INDHI also serves as a clearinghouse for information about DH-related student opportunities, funding sources, and activities.